Presented by: The Dream Team Directors 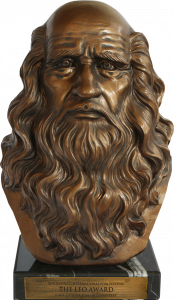 “Destination Angels: A Jack Kerouac Centennial” is a multimedia art exhibit for one night only. Two time Grammy-nominated producer Dru “Falconry” DeCaro and award-winning director Daniel Lir team up with recording artist FENCES and Lifetime Achievement recipient and actor Norman Reedus in this birthday gift-turned-biopic-turned-rock concert. The film is set on a rollicking road trip that follows a hazy treasure map left behind by Kerouac himself. The filmmakers and band of musicians travel 1000 miles to visit essential sites from Kerouac canon and interact with Jack’s family members, Oxford professors, punks, poets, and at times, perfect solitude in honor of the Beat Generation pioneer. Along the way they write and record a folk album dedicated to the magic, myth and magnitude of Kerouac and 1950s America.

Narrated by Reedus and inspired by never-before-published Kerouac works, Destination Angels is a seminal artistic achievement in honor of a true cultural icon and American hero. The program will feature the band performing for the first time the album in its entirety, followed by poetry excerpts and the public international debut of the documentary.